Meet part of the VeggieAnimals team

VeggieAnimals is born in 2014 as a dog and cat food producer and supplier whose product range is 100% plant-based. VeggieAnimals, which started as an individual project of vegan activist Sonia España, has since steadily grown and flourished thanks to the great response and support of our customers and the vegan community at large.

Nowadays, VeggieAnimals team is mostly made up of vegan activists. We share a strong bond with and an unwavering commitment to the ethical foundations of veganism. 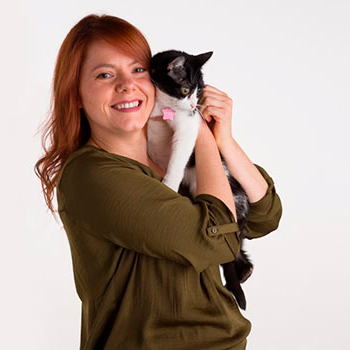 Eating animals made me reject from a young age. I became a vegetarian at 18, and later a vegan. Over the years my mother, brother and partner have also become vegetarian or vegan. I left my job in a spa in the Lleida Pyrenees to become an activist in Animal Equality, where I ended up working as a manager of affiliates and administration.

I knew Sonia from my early years in AI, she was the person who opened the door for me to be an activist. When years later he called me offering to work at VeggieAnimals as an order manager, I felt very happy, as it is a project that fills and excites me since I work in what I am most passionate about: Helping animals. Being linked to people who share my values (both clients and my colleagues) makes my motivation grow and is renewed every day. 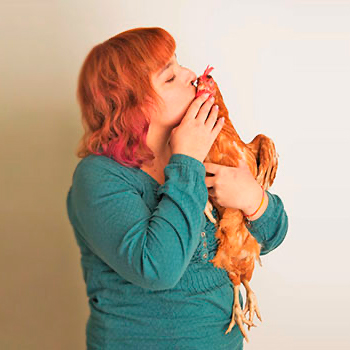 I am a vegan and activist, involved in a long trajectory of rescues, emergencies, protectors and sanctuaries. Despite being a graduate in my dream career, I don’t work in a clinic by choice.

If I wanted to help animals I had to do it in a more practical way. That’s why I founded with my partner the multi-species shelter La Vida de Color Frambuesa in 2016, from where we promote awareness through educational activities and courses. A project that brings me many satisfactions despite the sacrifices it entails.

To save an animal and that its history contributes to changing the mentality of other people, is terrain gained so that many other beings continue to live. I joined the team as a veterinarian to attend the consultation service and supervise the studies that are being carried out, animated by the solid pillars that represent its founding principles since I consider it is much more than a simple company, since it has a background with which I feel totally identified. 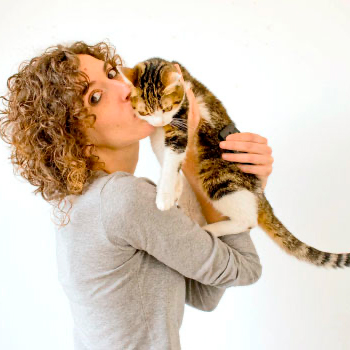 Why I left public employment as a child educator after 12 years to found VeggieAnimals has a lot to do with the fact that veganism is my life rather than an option. Activism led me to want to devote my time and energy to helping animals.

As a vegan feed consumer I saw the possibility of offering the same product in Spain at a better price and with added values and then, everything rolled.

Seeing the project grow and consolidate between the enthusiasm and support of many people who give us their confidence and encouragement from day one has been and is a wonderful experience.

As far as I know, we are contributing as much as we can to saving many lives. My aim is to ensure that part of the benefits of VeggieAnimals continue to be returned to animals through different projects. 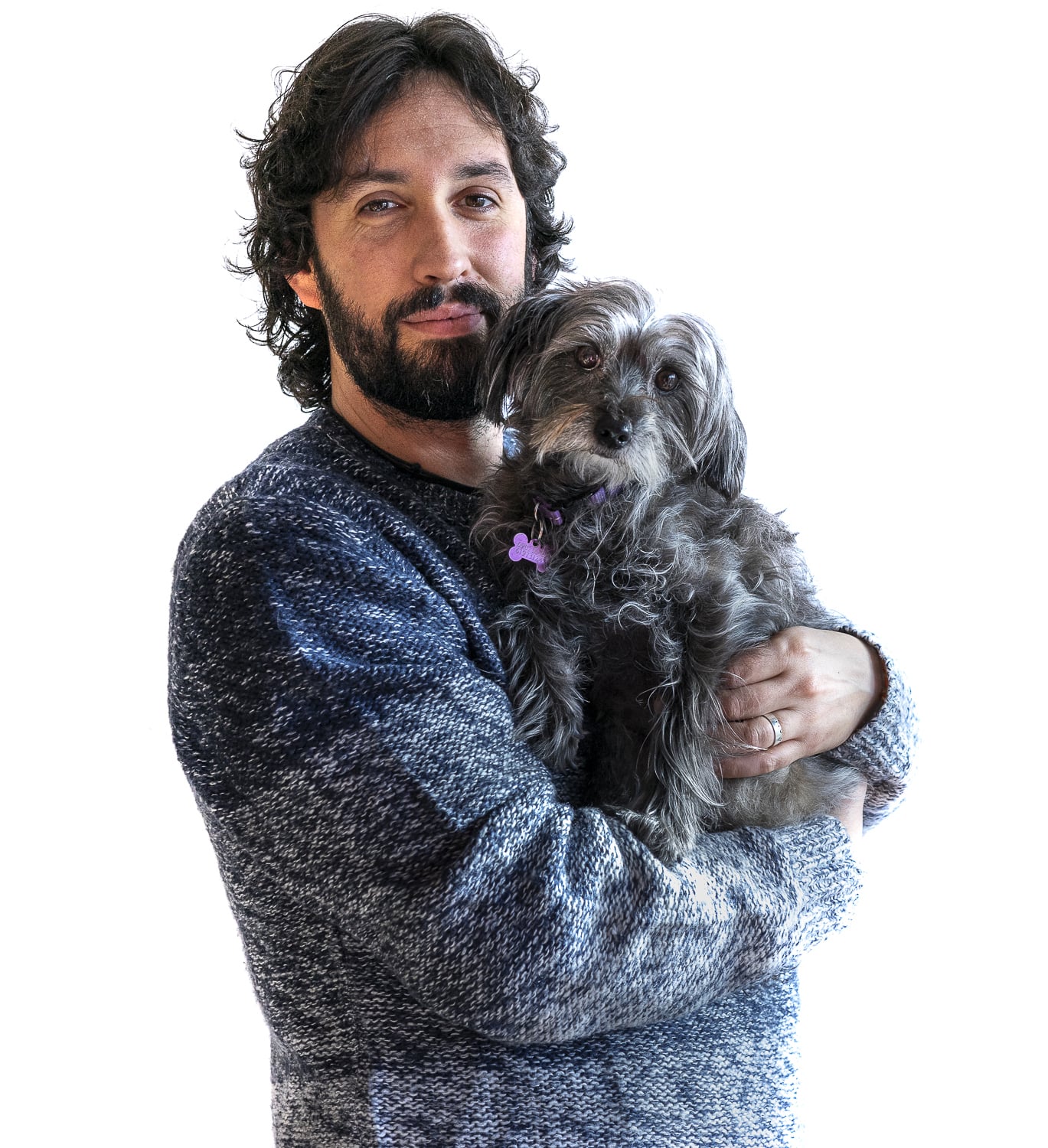 When, in 2010, I made the decision not to eat animals, I was asked a very important question: Bub’s diet. Was it right to extend my ethical stance to the animal that depended on me? And above all, was it healthy for him? On the ethical side it was clear: it was not coherent to fight for animals and to continue financing their mistreatment. The big question was whether a plant-based diet was suitable for a dog because, after all, Bub is my family and I would never put my ideas above his health.

I won’t make out much but I can tell you now that, after years of eating VeggieAnimals, Bub is a 14-year-old man with the vitality of a puppy. Ah! And now he shares a family with Kiwi, a dog who was evicted 10 years ago for a serious heart disease and who today enjoys every moment to the fullest. From Suri, the queen of the house, we will talk another day. : )

Being on the VeggieAnimals team is not just a job for me. It is part of a project that works for animals, with which I share an ideology and is formed by passionate people who want to build a better world. It’s a great challenge and a privilege to be here. 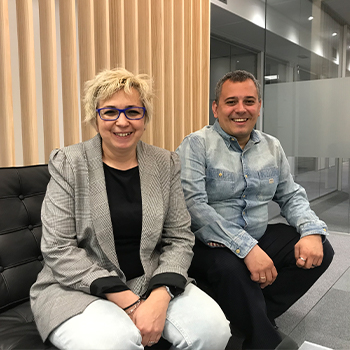 We are consultants who believe in triple impact innovation: economic, social and environmental. Therefore, for us, all the projects we help have that profile that seeks to contribute to make this a better society.

LWe both wanted to work doing what we liked and fulfilling our vocation of service to humanity, so we launched COCREANET after going through different professional experiences in both private and public companies.

Working with VEGGIE is much more than a project, it is getting involved with them in a different way of seeing the world. With VEGGIE we feel making reality all those principles that identify us as social beings, among others that of looking for animals, understanding that they are part of this wonderful habitat in which we live and that we are obliged to take care: the planet Earth. 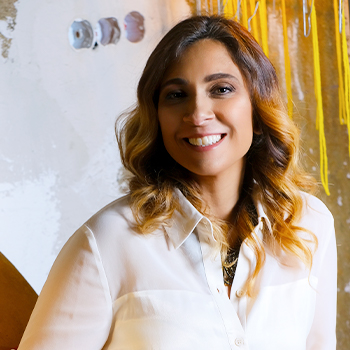 I am Portuguese, I have lived in Barcelona, and I am an autonomous technical and literary translator since 2004. Since I was young, it was very easy to decide what I was going to do: I love languages, cultures, peoples, the world.

I love researching and learning about all the topics, but when VeggieAnimals invited me to translate their content I put on a smile from ear to ear. I am an animal lover (I have three dogs!) and my dream is to set up a kennel. More than work, VeggieAnimals is a constant learning experience on a topic that I am very passionate about. 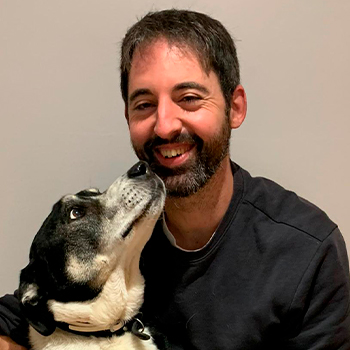 Javier Ruiz | Contributor to the blog

In my twenties, my head clicked and I started to see that it makes no sense to educate dogs and eat, or use, pigs, cows and the rest of the animals. Since then, I have tried to contribute through my work as a marketing consultant, writer and dog educator. So I try to have my life governed by that famous phrase of the philosopher Albert Schweitzer, who said: I don’t care if an animal is able to reason. I only know that he is capable of suffering and therefore I consider him my neighbor.»

The opportunity to work with wonderful activists who have joined under the seal of VeggieAnimals is exciting, motivating and a magnificent daily challenge that, in addition, allows me to continue contributing to see how one of the great aspirations of my life is fulfilled: that no animal should suffer or die unjustly. 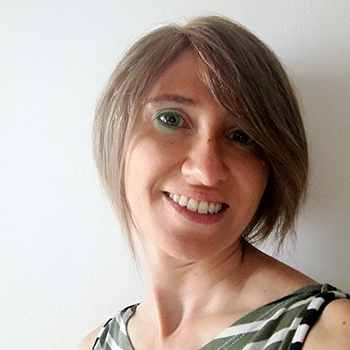 I met Sonia because she was looking for an Italian translator for her website. As an animal lover, I immediately liked her project and am very happy to be able to collaborate with her. I love dogs, I’ve always had one until I lived with my parents, in fact now they have Manù, a three-year-old dog adopted in a kennel.

Right now I’m just a mom and I hope someday to complete the family with a cute puppy. Traveling is another of my passions. I love nature, parks and I love landscapes to photograph. I have visited many wonderful places, my next destination is still unknown (because my baby is tiny) but without a doubt my big dream is to go to Peru.

Nowadays it’s getting easier to travel with a furry friend and I think it would be a truly unique experience to travel the world without leaving anyone at home!